This pen is a collaboration between Mike Redburn and myself. I had an idea for a pen design with aluminum and acrylic (gee, what a surprise). So I attempted to make the aluminum part myself. Long story short, that failed miserably.

I happened to mention the idea to Mike, showed him a sketch I had done of the design, and told him how it turned out. He told he could do it on his CNC mill. He didn't have to ask me twice. I gave him the basic dimensions and he ran with it. I made the dark acrylic barrels and took them to him when the aluminum part was done. Then he cast it in clear.

After it was done he brought it back to me and I turned it down and made a finial and nib for it. This is the end result. I've added a couple of pix of in process but I asked Mike to add a post with a few pix of the aluminum being machined on his CNC. I watched it being machined for a little while and found it very interesting.

Thanks to Mike for all the time he put into this. I'd also like to thank Capt. G for his willingness to share his casting knowledge with us as this was our first try at this. We've got ideas for future pens but just wanted to get this first one under our belts to see how it went.

There IS NO stopping you guys. But then who would want to? This is just too amazing. Great idea Mike and, you guys work well together. Thanks for posting it!

Did you ca once it was together? Just wondering if the sharp points will pop up or catch on clothing? Nice looking pen

We both had a couple of set backs and the pen evolved as we went. I have some pictures of it as we turned it on the cnc mill. 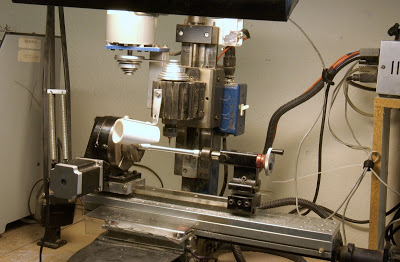 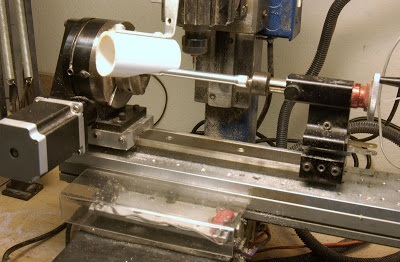 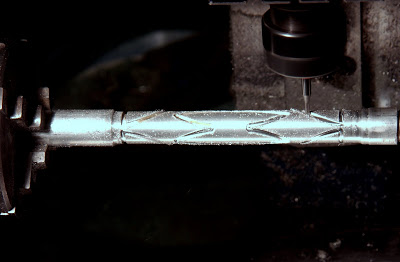 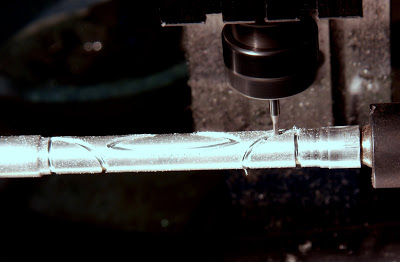 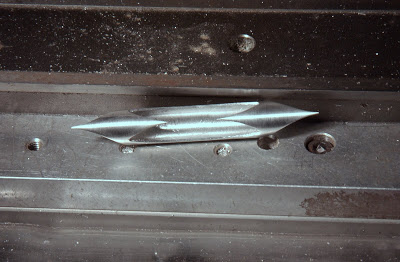 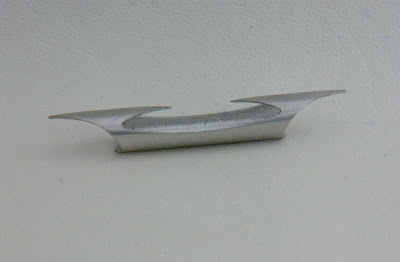 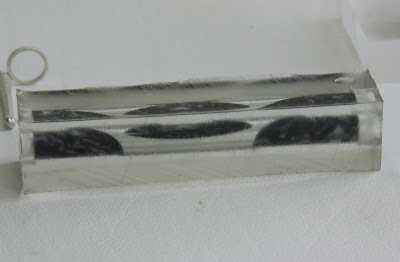 All in all, it was a great project and both of us had to learn some new things to get it done.
Last edited: Aug 28, 2011

2 pluses pen looks great and you learned something new while building it. Great collaboration and work.

That is one the finest pens I've seen in a while. If you guys did this all before noon you could call it "Mike and Mike in the Morning". If your posting it though, that means it isn't entered in the Best of IAP Contest. Which means you must have something even better up your sleeve..............

That is a VERY cool pen! Great work!

Mike Redburn, I would like to have the cut-off pieces, IF you still have them. REALLY!:wink:

What a great collaboration, all I can say is WOW!!!!

Very cool pen.You 2 both did a nice job on it.

That looks pretty sweet! Mike needs to come up here for a working vacation to play with my cnc. I got kinda similar stuff under way, just working through the struggles of learning how to do it. I made an awesome design but my computer died while extruding it. After my new computer comes in I will try and finish it so I can cut it out flat then I want to learn to wrap it. Trying to start with baby steps. Its super fun watching a cnc mill!

Incredible!! That pen is truly a piece of contemporary art! Doc

Akula said:
Did you ca once it was together? Just wondering if the sharp points will pop up or catch on clothing? Nice looking pen
Click to expand...


Sorry, maybe the pix make it a little confusing. The aluminum is embedded in clear resin after being slipped over the acrylic blanks. So there's nothing to catch on. Mike R's picture of the cast blank might make it a little clearer.

Sweet well done to both! Mick is your cnc a sherline just wondering.

johncrane said:
Sweet well done to both! Mick is your cnc a sherline just wondering.
Click to expand...


No, The one in the picture is a Taig. I also have one thats larger that I built with the Taig.
C

Mike,
Too cool. The pen came out terrific. I love the AL/Acrylic combo. As for the CNC mill work, Mike R you rock. Now I know whom to call with my crazy ideas. Fantastic job you guys.

cnirenberg said:
Mike,
Too cool. The pen came out terrific. I love the AL/Acrylic combo. As for the CNC mill work, Mike R you rock. Now I know whom to call with my crazy ideas. Fantastic job you guys.
Click to expand...


Cris, I've seen some of the other stuff Mike has been working on. Intricate doesn't begin to cover it. I'll bet your ideas aren't half as crazy as some of the stuff he's done.

My gosh, that is beautiful.

I'm amazed at the cool things that can be turned out with CNC machines these days. Awesome pen guys!

Awesome! I have yet to find the courage to try incorporating metal into my pens other than a few with copper flakes.