The wife decided our supply of pens had dwindled a bit too much and we were going to make a few more. She picked out several kits and blanks from the bins for me to work on then proceeded to take up her supervisory position in her armchair in the shop while I worked on them. Wound up assembling an old Navigator kit with some snakeskin blanks that had been finished and bagged with the kit for some reason. Then I made an Olympian with Honduran Rosewood, a Wall Street II with Curly Redwood, a Cigar with Himalayan Teal Burl, another Cigar with an unknown burl, a Comfort twist with Black Mesquite and another Comfort twist with stabilized crosscut spalted poplar. Had another Comfort that failed because the tranny wouldn't go into the upper barrel, don't know if the upper tube was too small or the tranny too big. 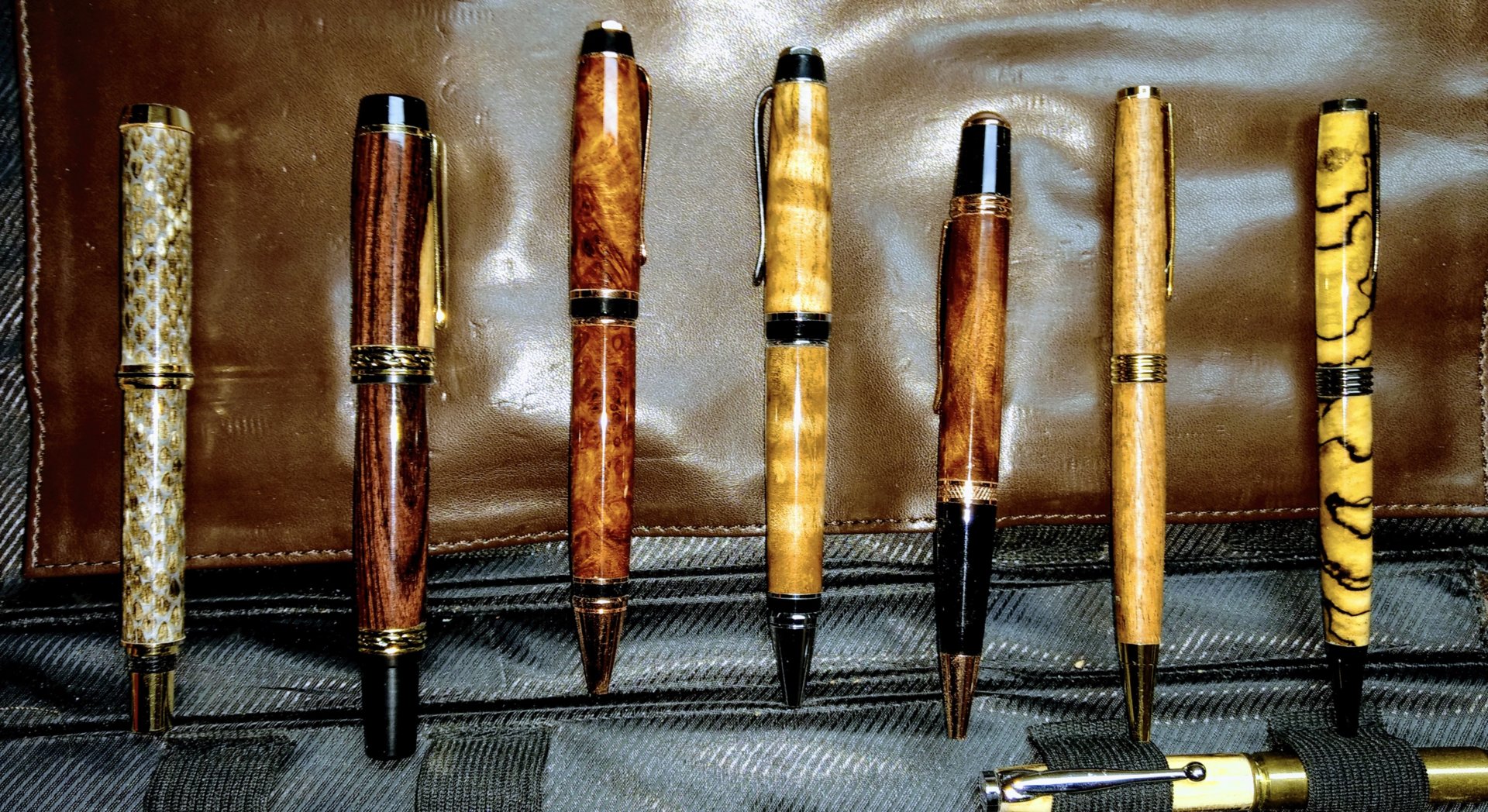 Beautiful group of pens. I like the rosewood & redwood a lot, but the spalted poplar really grabs my attention. Great job on all of them.

Very nice pens and work Gary! the 3rd pen is my pick of the bunch
G

johncrane said:
Very nice pens and work Gary! the 3rd pen is my pick of the bunch
Click to expand...

That would be the unidentified burl I got, sticker on the block just said figured turning wood. The one to the right of it though, the Himalayan Teak burl, has some amazing chatoyance. Im gonna have to make a few more of those.
G

TattooedTurner said:
Beautiful group of pens. I like the rosewood & redwood a lot, but the spalted poplar really grabs my attention. Great job on all of them.
Click to expand...

Thanks. The spalted poplar was a pain to turn. I cut the board cross grain and stabilized the wood but it still wanted to chip out some. Had a blowout on it and had to patch it back together. I think the problem there was getting the glue to fill between the tube and the wood.
You must log in or register to reply here.
Previous Next

Stuff from this weekend.