Tips for getting a straight thread on external threads?

I started turning the section of my pen the other day, and accidentally cut the section off before I was done with it (radial vs diametric dimensions got the better of me). Nonplussed, I grabbed the little piece, turned down the tenon, and threaded the outside. I then flipped it around to shape it and drill out the inside for the nib unit, and realized it wasn’t straight. I had made a tool that was just a piece with a threaded hole to hold the threaded tenon, so when I screwed it in I realized it was not straight at all. Hoping it would all work out, I re-finished the surface and turned it down to the taper I wanted, and called it a day.

The exterior of it looks fine, but the hole that’s supposed to go right down the middle is not straight. I feel like my mistake was when I threaded the tenon (although I think it’s also possible I mounted the little piece cockeyed after I broke it off to start with).

My process of threading was keeping the piece in the lathe and turning manually, while holding the die in a manual die holder. This feels imprecise, and I want a better way to hold it, but I don’t think I have anything that attaches to the lathe itself. Does anyone have any tips on how to ensure a straight thread?

Pics tomorrow, I don’t have the piece in front of me.

What is your “manual die holder” ? If it’s what I am thinking, I suspect your problem lies there. 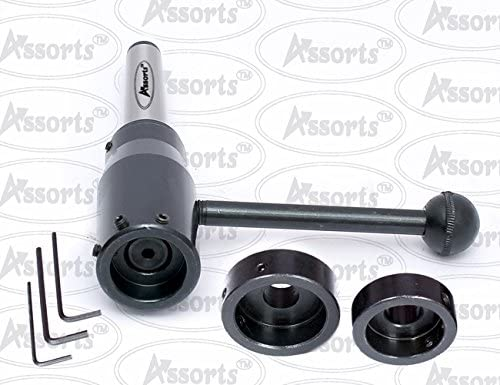 You need one of these!

I saw a little neat trick on Youtube the other day. I you don't have the proper tailstock holder that Bryan showed, and use a T bar type, then the trick was to prethread a section of material ( preferably metal ) into a piece to look like all thread, with your chosen thread size.
Then hold this piece in your tailstock chuck and wind the die onto it. Then push the tailstock up so the 'all thread' touches your pen tenon.
Lock down the tailstock and wind the die from the 'all thread' onto your pen. In theory this should transfer the threads in a straight manner.

The threaded rod is a neat idea. I'll have to try it sometime.

I hope that helps,
Eric

Sylvanite said:
The threaded rod is a neat idea. I'll have to try it sometime.

Used this way numerous times and never gone wrong yet.

Sylvanite said:
The threaded rod is a neat idea. I'll have to try it sometime.

Before I got a die holder for the metal lathe I held the die in a 3 jaw chuck (used a spacer to align it before gently tightening the die) and positioned the part against a live centre in the tailstock. Then it was a simple matter of turning the part with my fingers to thread it. Your way is easier but my way shows even a twit can figure out something that will get the job done.

A tail stock die holder is easy to make in wood in case you don't have one, it is precise enough, by far : 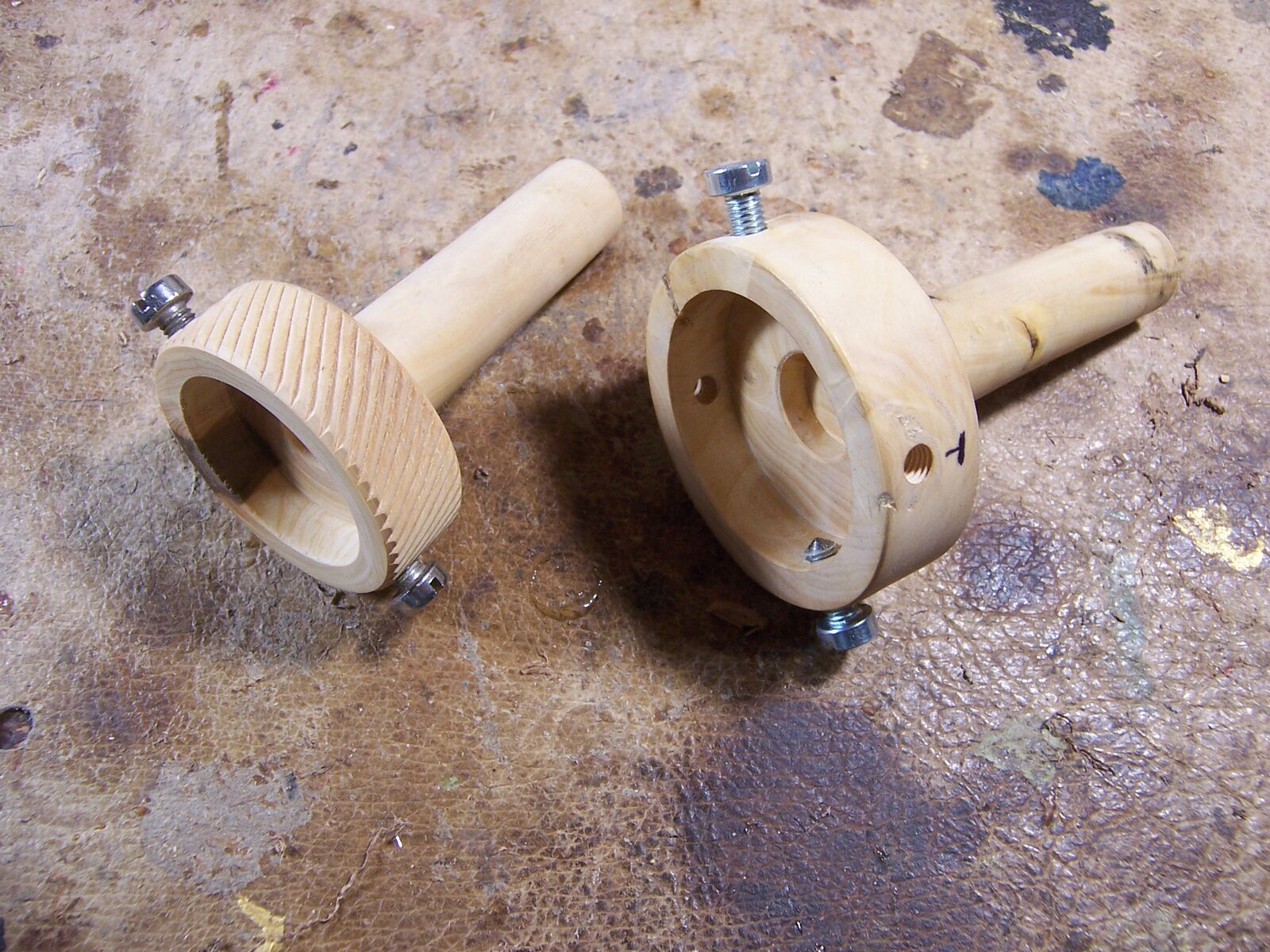 This is a video that George made, he used to be a member here.
I copied his design for die holders, they work great and don’t cost much. I have seen them made from wood, which will be even cheaper.

Ironwood said:
What is your “manual die holder” ? If it’s what I am thinking, I suspect your problem lies there.
Click to expand... 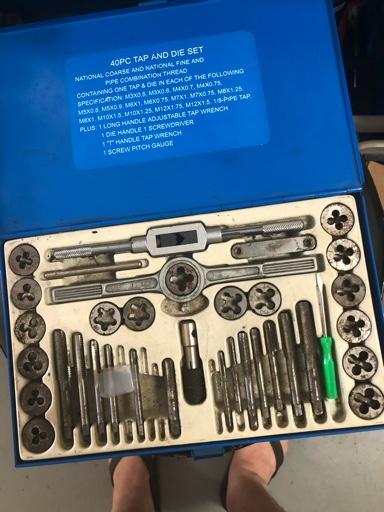 It’s exactly what you think it is. Not a very good system, looking to improve upon it. 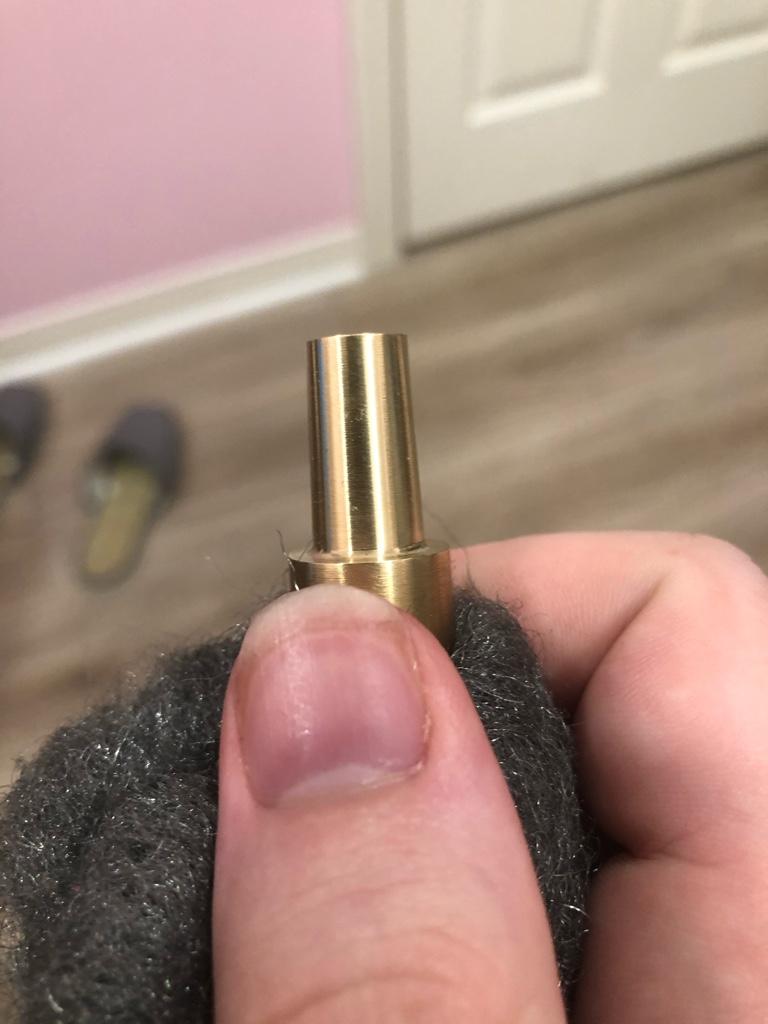 Here’s the part from the outside after I re-turned it. If you look closely, you can just barely see the seam between the section and my jig piece: I just let the tool run right over the edge there to ensure I got the whole section. Outside finish was pretty nice straight off the lathe, I didn’t do too much with my steel wool other than hold it. 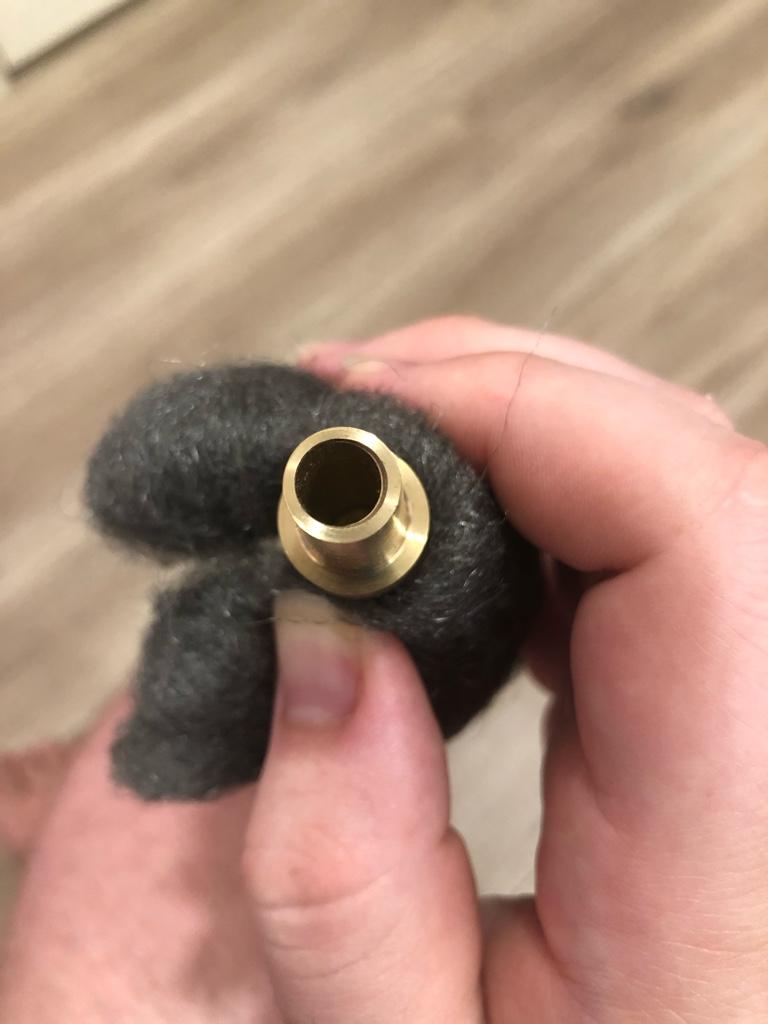 Here you can see the hole clearly off center. I have a few larger holes to drill, so I’m hoping if I go slow I can still save this piece, but we’ll see.

Thanks everyone for the great ideas. I think I’ll either make myself a die holder, or I’ll make the threaded rod as a cheaper alternative.

This is exactly the type of feedback I was hoping to get, so thank you all very much.


Sent from my iPhone using Tapatalk
You must log in or register to reply here.
Previous Next

How to get space behind threads on kitless pens