Got some she oak diagonal cut from George. Finally found a use for it. I'm very happy with the pen and letter opener, but not thrilled with the pencil. I made a mistake with one of the blanks and had to use a different piece which was not as distinguished as the others. Oh well, still looks great as a whole.

It's a birthday gift for my sister in law.

Love the She Oak; still trying to track down some He Oak. :biggrin:

Not to worry. Your sister-in-law will be delighted. A very nice set.

He oaks were stripped of their powers and became extinct sometime around the middle of the century....

He oaks were stripped of their powers and became extinct sometime around the middle of the century....
Click to expand...

He oaks were stripped of their powers and became extinct sometime around the middle of the century....
Click to expand...

Well, not exactly but you aren't totally wrong, either...!

First off, let me congratulate you on the use on my she/bull-Oak, the set come out good, don't worry.

As for the "He" -Oak, is called the Buloke or Bull-Oak, the densest wood ever tested. One of the reasons is because is a very slow growing tree and small in size, very limited to areas it can grow in Australia, mainly semi-desert areas. The only piece I ever had that was given to me for someone that had some of the fense posts removed from his father property, they were the true Buloke that once existed in their land and his father told him that I made those post out of trees that he had there because he knew they would last almost forever and would never break. 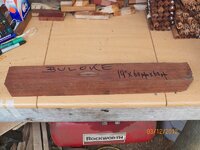 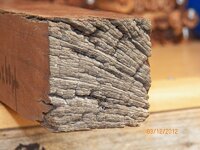 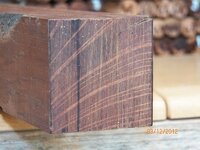 Because of the "fame" this wood got when was discovered to be the hardest wood found, people started to buying it and in no time, the existent stocks of already cut wood were gone and a few of the trees still existing in accessible land were cut down and sold for its high value.

This has created one problem, the demand was a lot higher than the supply so "some" people went hunting these trees to almost extinction, the ones left are now in protected land and not so easy to access.

This area has lots of She-Oaks they are native of these areas but quite short-lived because of the many "plagues" that attack these trees and kill them.
As a result, many years ago (about 30) a local nursery started to make some experimentations with both of these species, the idea was to create a genetically modified tree that would be as pretty as the She-Oak but have the resilience to infestations as the Bull-Oak.

They manage to germinate some seedlings that looked promising so, they designated and area for plantation just at the beginning of the hills, coming towards my town. They didn't know how infestation proof they were after a certain size/age and for the first 10 years or so, everything looked good, no infestations to be seen so, they thought they got it right and planted a few more in the area.

Without any warning, some trees started to die and when they tested them, it became obvious that the Termites and a large type of wood borer had found a way to enter the tree and kill it. The Termites would eat it from the root up and the borer from the bark inwards.

I never found anything online talking about this but, I was told by an old fellow that at the time was involved with the experimentation and he was part of the team that planted and care for them for many years.

Interestingly, I only met this person because, he spotted me cutting the dead trees (what was left) and stopped to find out what was going on, it was then when he told me the whole story. When I moved to the area (about 11 years ago) and started hunting dead trees, I could see this particular experimentation area from the main road I was driving all of the time so, I put a request to the local Council to cut and salvage any of the trees that could be salvaged, many couldn't.

They never toll me anything about what they were and how they got there, as far as I could tell, they looked quite similar to the She-Oaks I've seen before, maybe the tree height was a little strange (lower than normal) and possibly a slight more rounded canopy. I should have some pics of one of the last trees I removed, I witness it demise in a period of 5 years until she never recovered. 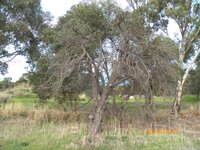 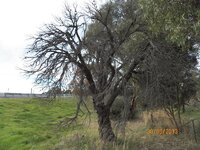 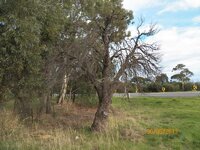 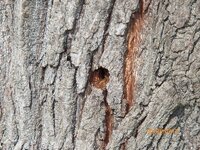 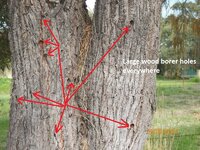 There were 2 specifications that I would need to comply, the first was that I would treat/spray/poison any of the wood pieces I wanted to salvage/take home and secondly to burn all the remains of what was left, they issued me with a burning licence when the season would open.

They concerned about the wood that would be taken away was the fact that, theyt didn't wanted to spread more Termites and borer into areas that may be free of them, they should have known that, there is not place in Australia where termites and wood borer won't exist apart from salt lakes, ocean/lakes and possibly in the sandy desert, they knew exactly where the wood was going to be stored and on the other hand, I already have enough problems with those pests in my wood so, I was not interested in bringing some more so the positioning/treatment on the spot of the salvaged wood was something that I was going to do, anyway.

It was not easy to get the right permissions to do what I did on Council land, I was requested to acquire a chainsaw handling licence, some traffic cones to signal my presence near the main road and other requirements that they have verified I already had, they were satisfied them that I knew what I was doing and that I was going to salvage and use the wood, little did they knew that, I would find out exactly how they got there and be in the position to tell this story, over and over.

I have shared this story on IAP many times and, as I did here, I always talk about it when the issue come up and off-course, I can never remember and find the posts I made about it so, I keep repeating the story that some of you would be already familiar with...!

The wood is fairly similar in colour and grains that in this type of wood is called "rays", only the hardness/density is very different, through the years I have had dozens of requests to supply my "Bull-Oak" and off-course, I explain to them that, the name I put on this wood is a mix of both species and tell the story once again.

I could have made some good money selling it for the Buloke but I don't and I never will, I know that are other guys selling the She-Oak as Buloke they say that people wont tell the difference, they mat be right but that won't convince me to be dishonest about it, I tell you what I have and if that is what you want, I will then be glad to supply it to you...!

Great Set Lewis,
Love the cross cut She Oak,
Excellent Fit and Finish.
Your Sister In Law, will be delighted.
Congratulations,
Brian.

I love to hear your stories. I like that you take the time to explain stuff and "set the scene" for everyone. Along with educating people.