There are 23 entries into the Pretty wood pen contest this year. I will divide them into 2 polls, the top 5 of each poll will run off in a final poll. Vote for 3 of your favorite pens in each poll. Make sure you come back at the end of the week and vote in the final round.

Pen kit is the Apollo Infinity rollerball from Pennstate Industries. The wood is purple heart and finished with a shellac sealer and then several coats of Blu Boost. 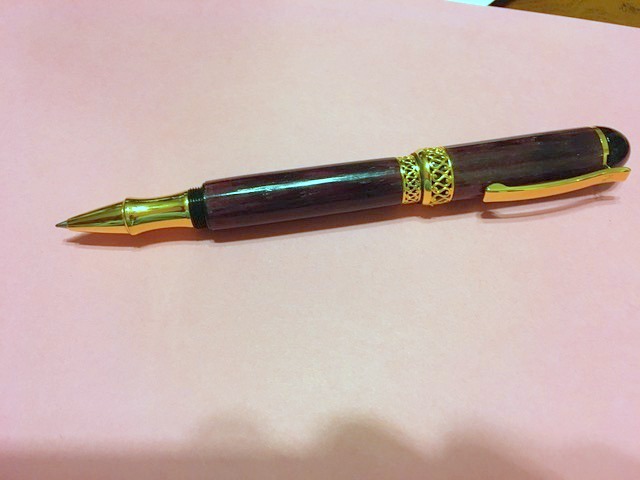 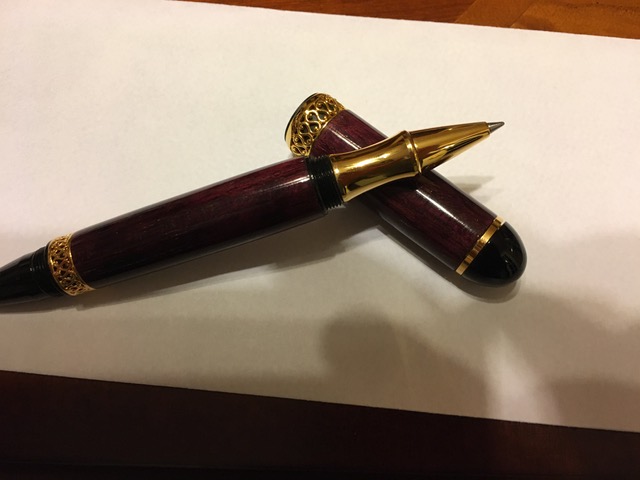 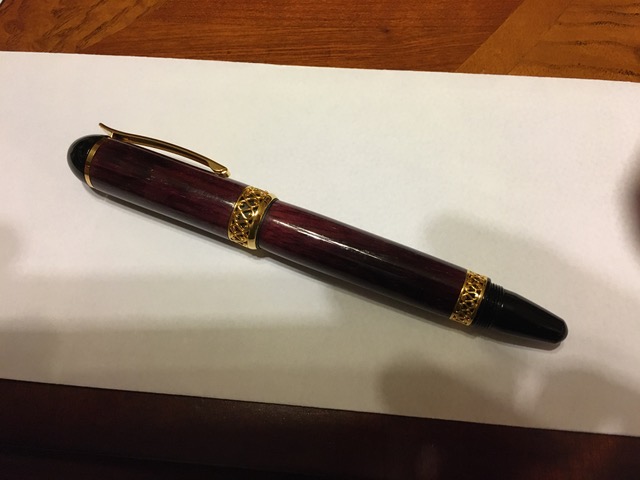 Pen 2
Wood is Spalted Oak Burl
Kit is the Blade 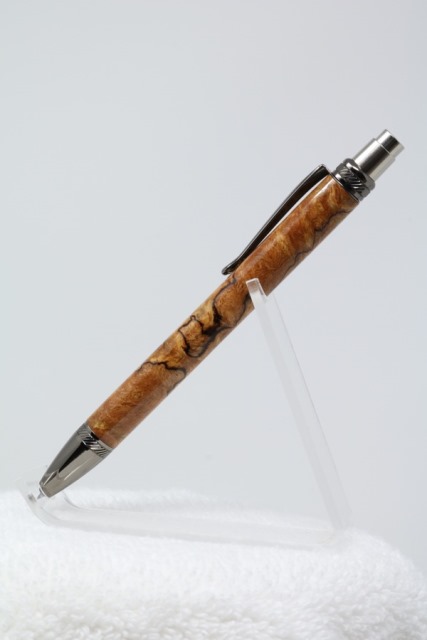 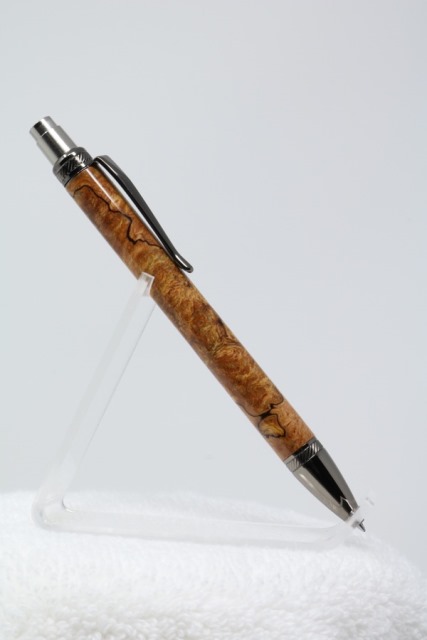 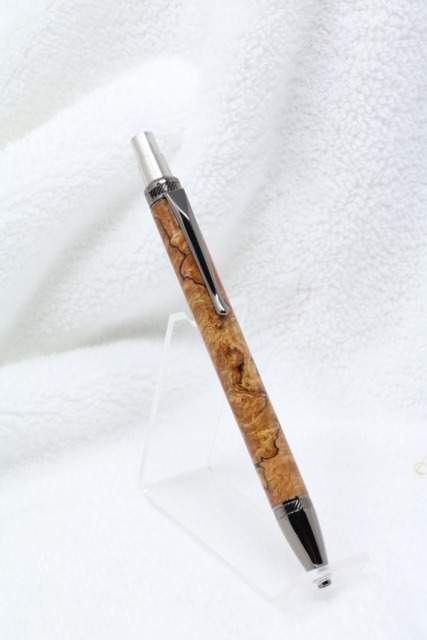 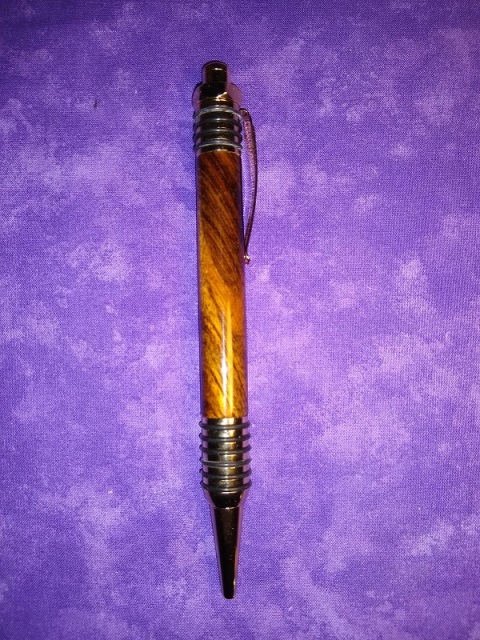 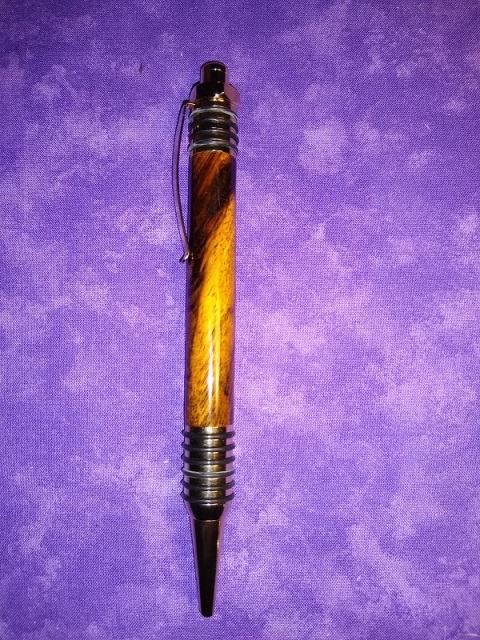 Pen 4
The wood I used for this cigar pen is (FOG) West Tx. "Mesquite". 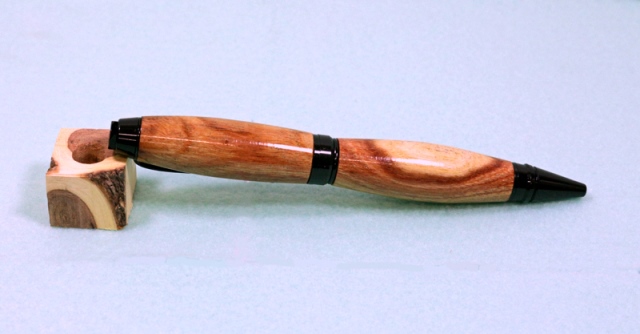 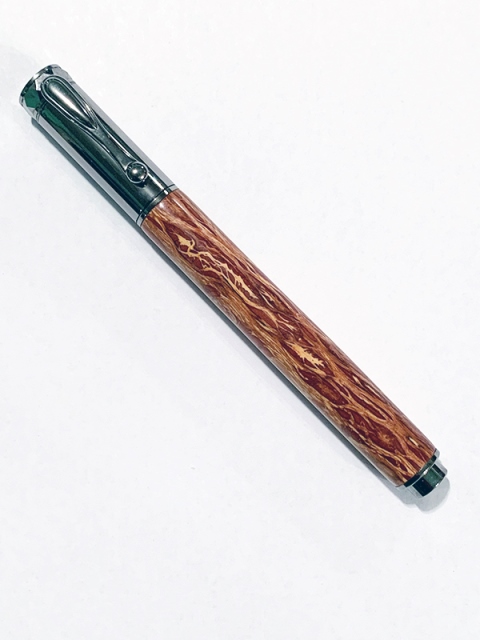 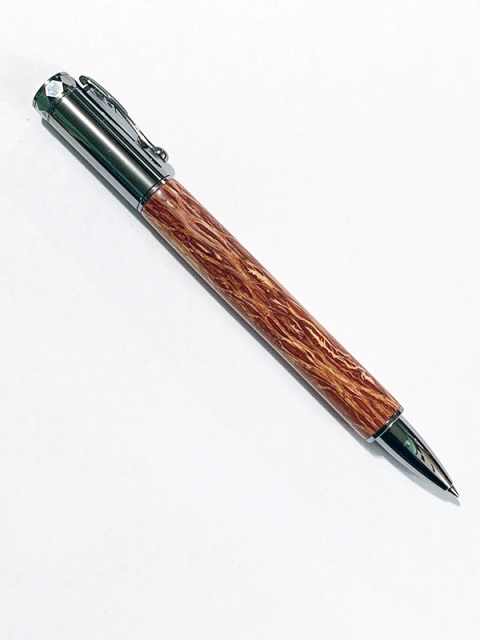 Pen 6
The wood is "Hop Hornbeam" burl - aka Ontario Ironwood 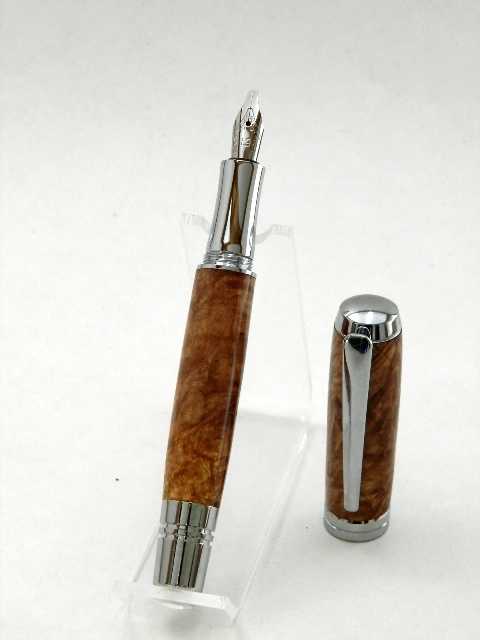 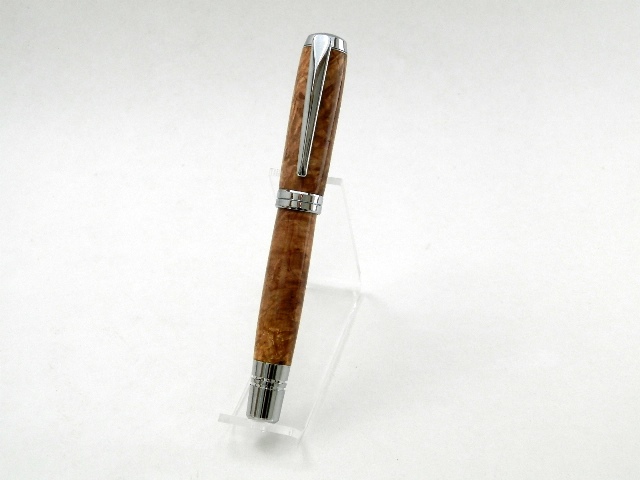 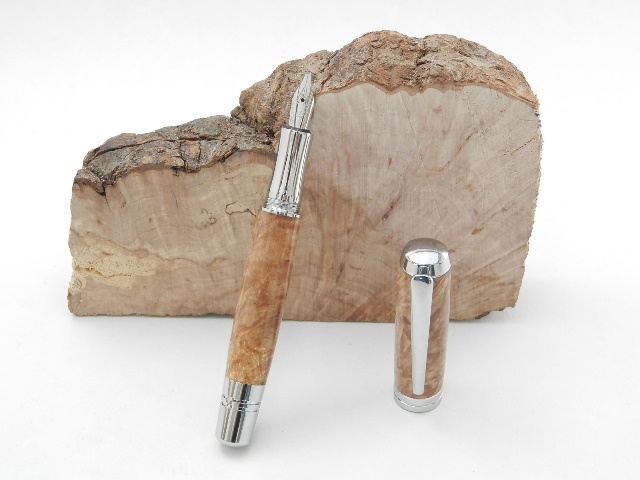 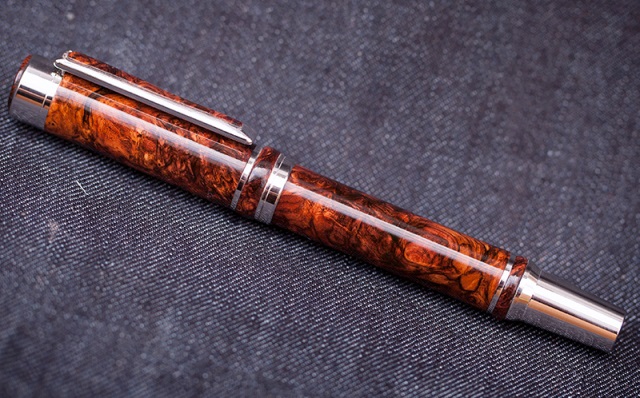 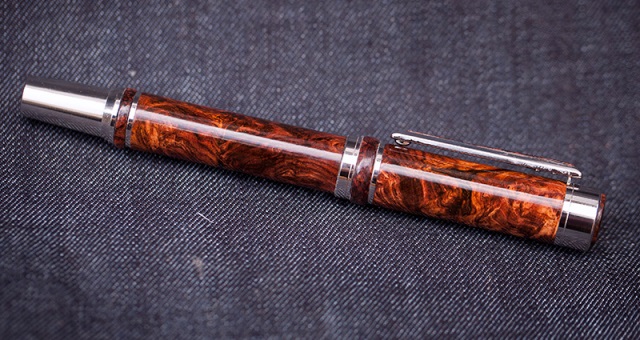 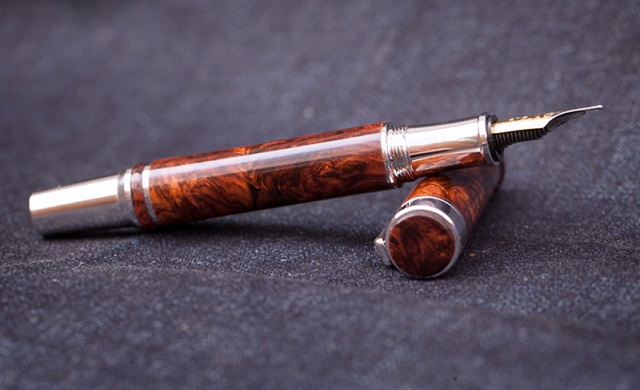 This submission uses all parts from the PSI Slimline Pro kit which is a nice length.
If you wonder about the center band, it is there, but underneath the wood.
I like long, uninterrupted blanks to show off the beauty of the wood to best effect.
The blank had broken into two pieces without any fragmentation. The break is not even visible
now unless you know where to look. It is at the narrow brown band just below the blank center.
So, to preserve the grain alignment I temporarily held the two pieces together and
drilled the full length of the blank. The pieces were then separated again.
I joined the two brass tubes using the center band (as intended) and fitted the two wood
pieces together over the combined long brass tube with glue included to make full length.
I then turned down to size which is what you see. The resulting wood diameter is 0.53".
The internal brass is about 0.42" at the center band. The result shows the wood's beauty.

The finish is multiple coats of thin CA, sanded and polished to perfection. 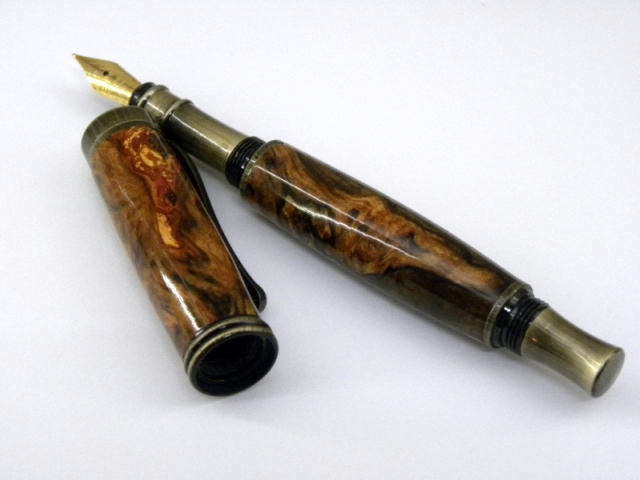 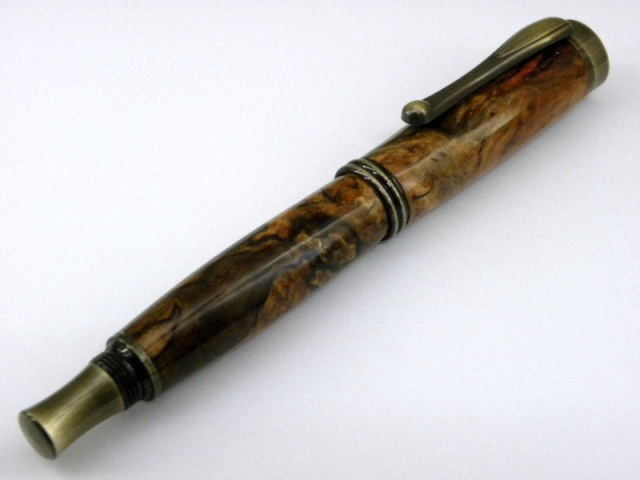 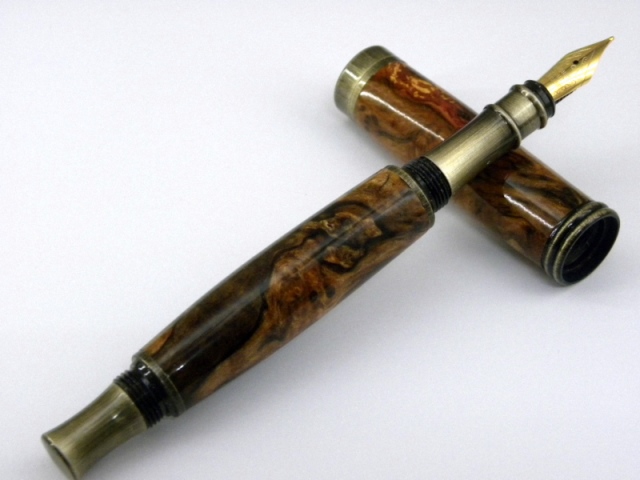 
The pretty wood I chose to use was Naturally Stabilized (Petrified) FOG* Wood from an ancient forest in what is now Oregon. 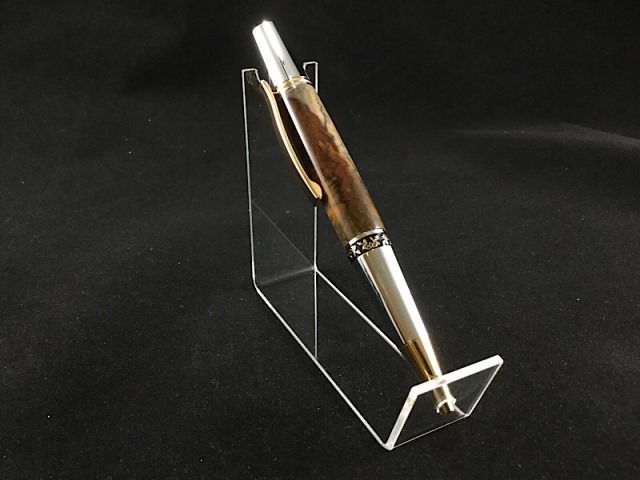 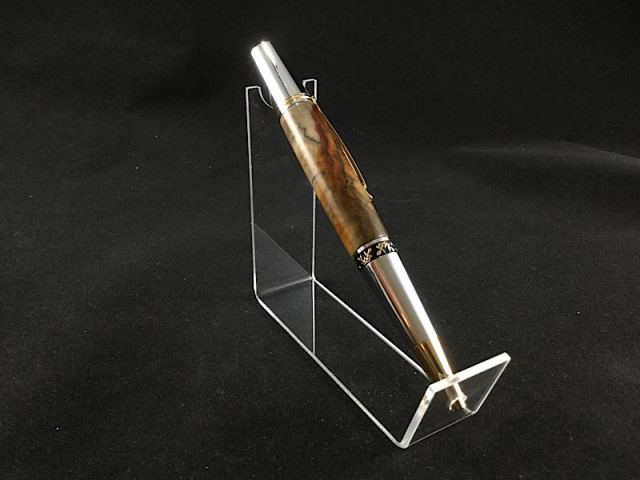 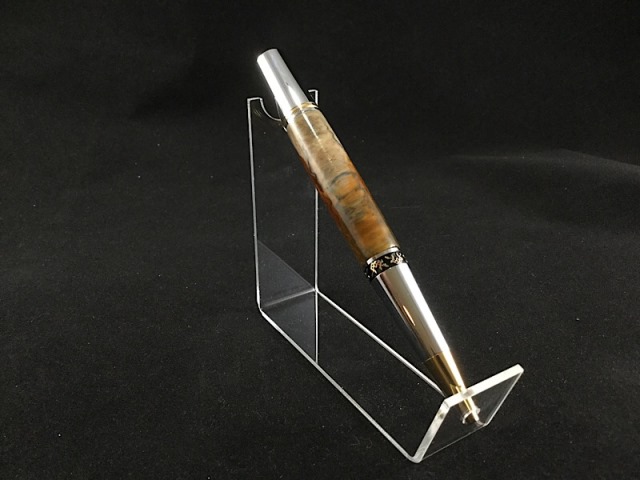 Pen 11
The blank is Canadian birch, cut from waste hardwood flooring, turned and finished with 6 coats of thin CA glue, followed by micro mesh to 12,000 grit. The blank was turned for a gold Rockler Cigar kit. 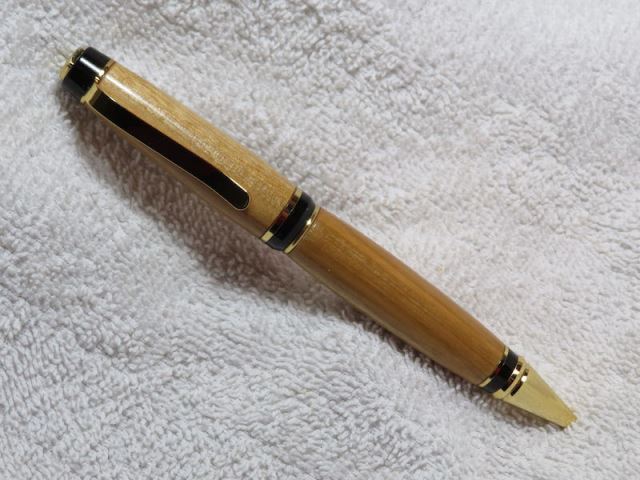 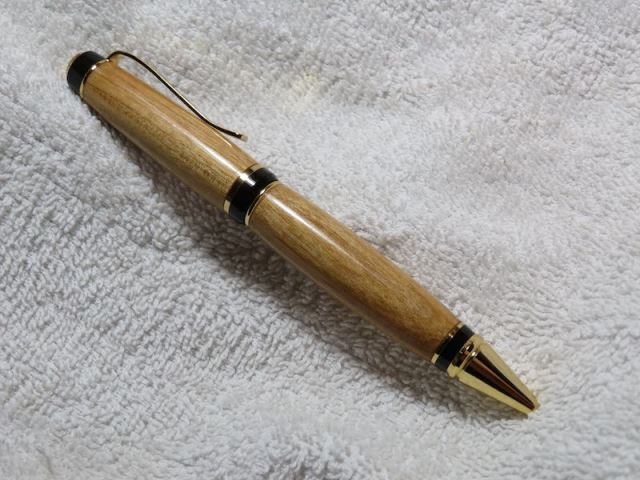 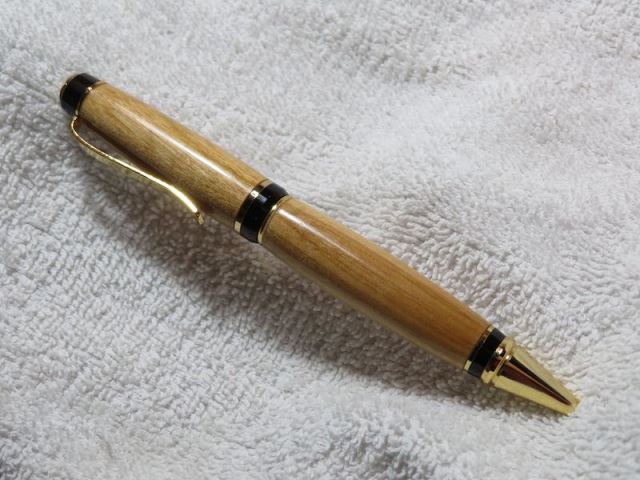 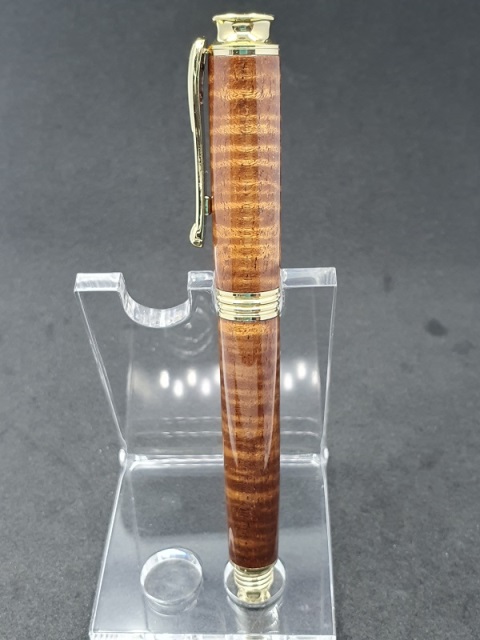 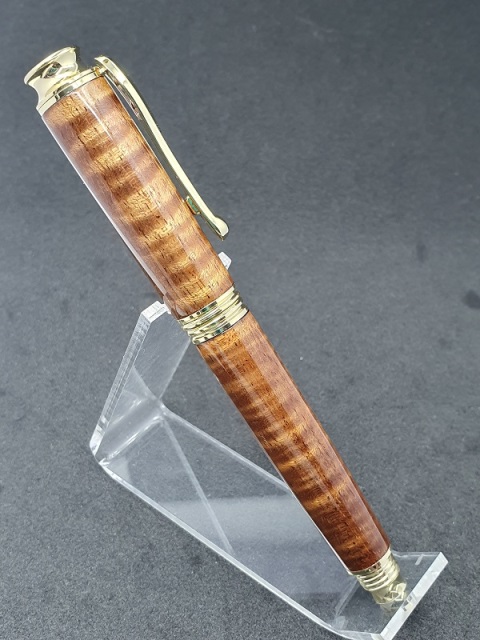 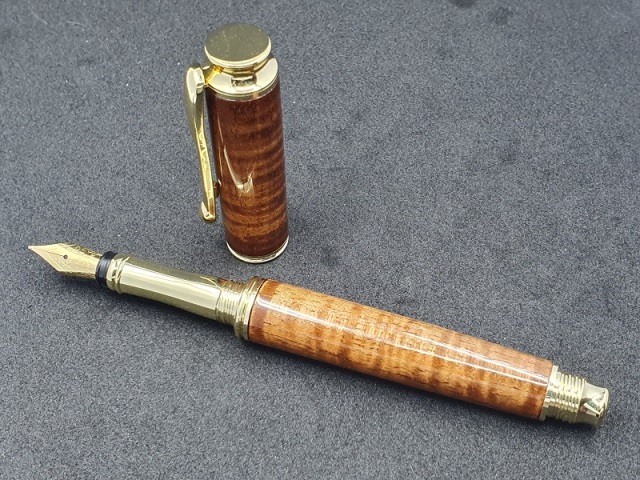 Mother Nature has so many tricks up her sleeves