Not how I intended to spend a week off

A friend is moving a house - not a modular. The way it’s done is footings are poured. The house is moved over the footing and jacked up. Foundation is built, the house is then lowered onto it. The foundation was completed a few weeks ago. He called the moving company about 2 weeks to get the house lowered. they said they could either come today or “sometime next month” so he had to scramble to be ready.

I spent most of last week installing sill plates and figuring out what shimming was needed for the 3 different heights of band joists this house has. Whatever the previous foundation was it wasn’t a full perimeter.
I also did a bit of masonry. We had to remove a few blocks to make room for the steel beams the house is on to be lowered. Near one corner a couple extra blocks came loose 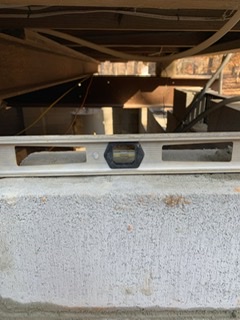 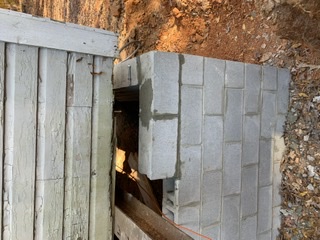 Not a simple task.
T

Wish you were my neighbor, with all your skills life would be good and I could learn something.

Not an occupation I would choose to engage in !!

Dalecamino said:
Not a simple task.
Click to expand...

No. That was the hardest part though. After the house is set, he has to redo the drain part of the plumbing and tie in the supply to the well. A good deal of the drain system was cut out when the house was moved. Also need to reconnect the HVAC and water heater, etc. For the HVAC all the ductwork has to be run again. I told him he's on his own for the HVAC. I've done ductwork once on my own house. I'm not doing that again.

Your friend has a good friend
C

magpens said:
Not an occupation I would choose to engage in !!