Not bad for an experiment

Picked up a dyed curly maple blank and when I got down to size I noticed a couple of streaks the dye didn't penetrate. I originally tried to just hit it with the Keda dye but those spots didn't want to take and it just looked splotchy instead of blended so I just decided to experiment on it. I broke out the propane torch and gave it a nice char, not full Shou Sugi Ban blackened, as I didn't want to heat up the epoxied tube too much, but pretty dark. Then I wire brushed the char, sanded to 600 to lighten it up some more and used about 10 coat of crimson Keda Dye. I then finished as I usually do. It's got a nice depth to it. Kit is ProX Deco.

One day I'm going to actually post a picture of a pen where I get to say, "Made this pen. Didn't encounter any issues. Came out exactly as I had it in my head." 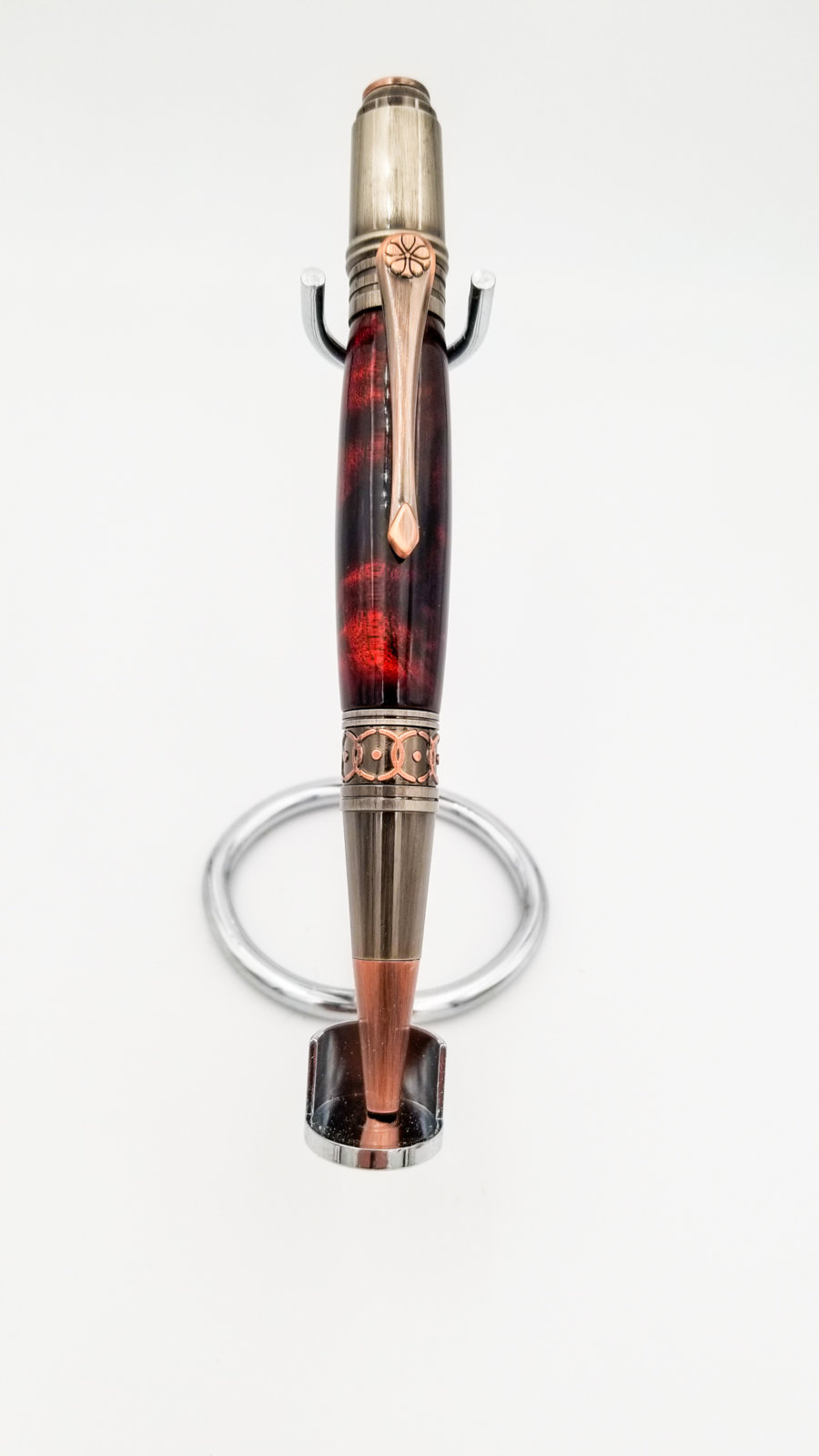 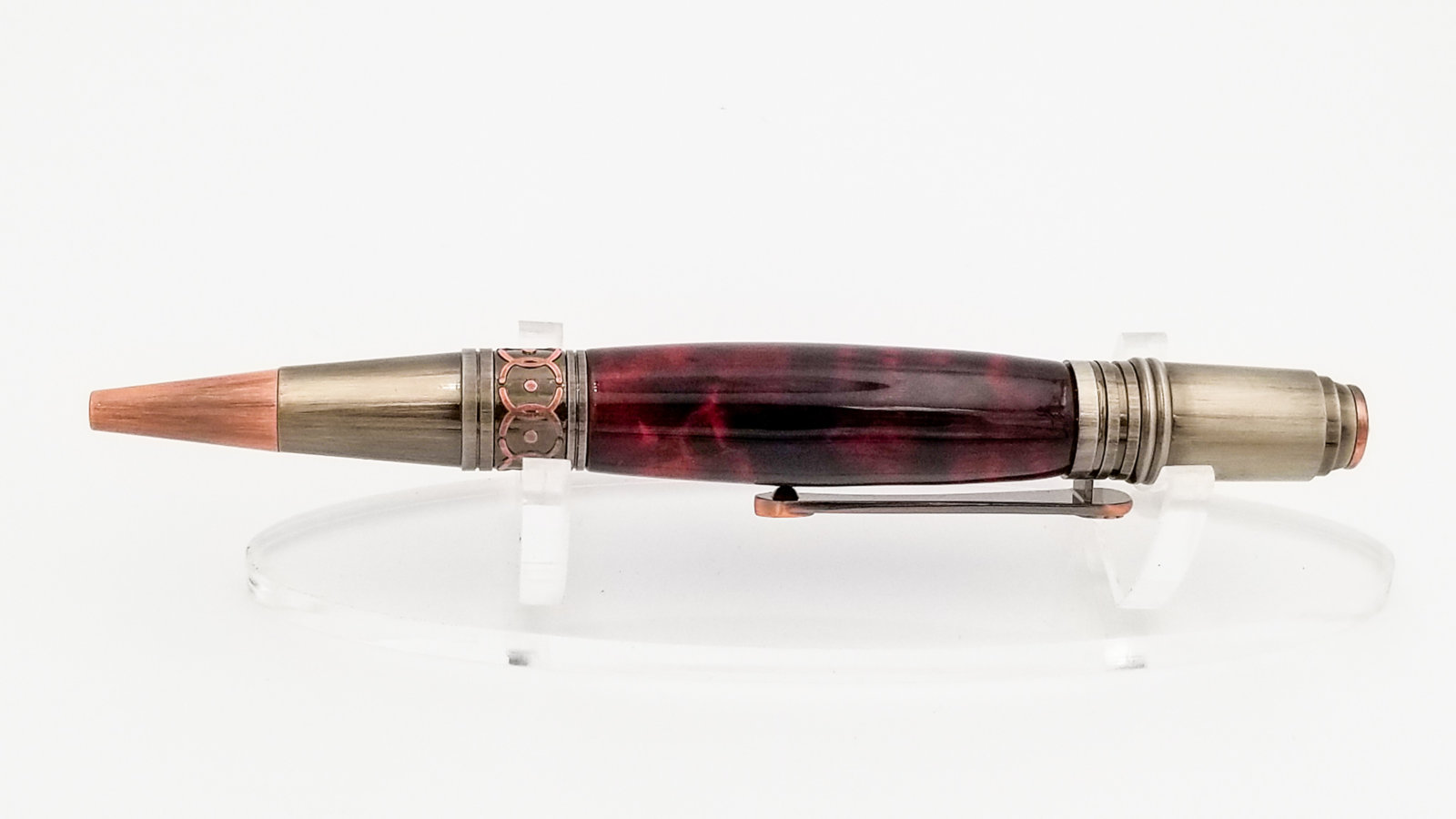 A rather interesting technique ..... and a very lovely result !!! . Congratulations !!

Nice fix and that is what this game is all about. Thinking on your feet and experimenting. Just because no one else has done it does not mean it is not a good idea. We all learn as we go. Good job.
L

Great result! If you hadn't told me it was wood, I'd have assumed an acrylic of some kind. What a big transformation.