A while back I was staring at a standard PSI 30 Cal bolt action and wondered why they didn't make the blank longer. The plated portion of the lower piece is unnecessarily long and the "action" is also unnecessarily long. Then my next purchase of kits they were all out of the gun metal 30 cal bolts, so I went searching for alternatives. I saw the mini and figured I could cut my own tube and make essentially a "long blank" version of the standard bolt action. Unfortunately the bullet tip has a slightly smaller hole for the tip of the pen (standard parker refills are about 2.5 mm whereas the D1 refill that comes with the mini has a tip diameter of about 2.1mm). So I drilled out the tip a little to fit a parker, which was relatively easy, but then noticed that the parker was too large to slide through the threaded bushing into the pen body. I could have assembled the pen with the refill inside, but then once the ink ran out you would have to disassemble the pen to replace the refill. I decided to just trim a standard plastic refill to fit. Also had to find an appropriately sized spring as the stock spring for the mini is way too long. The last thing I did was I swapped out the clip with a standard bolt action clip, the mini is a bit shorter and would've looked kinda funny.

In the end the overall length of this one is slightly shorter than a standard bolt, but the blank is about 0.5" longer. If you made it the same length as a standard bolt the blank would be 2.625" vs 1.969". And you can always make it longer as long as the plastic refill is long enough. I might look around for a better refill that is small enough to fit through the threaded bushing, but trimming the plastic refill eliminates the need for precision when cutting the replacement tube, and you don't have to mess with the tip. 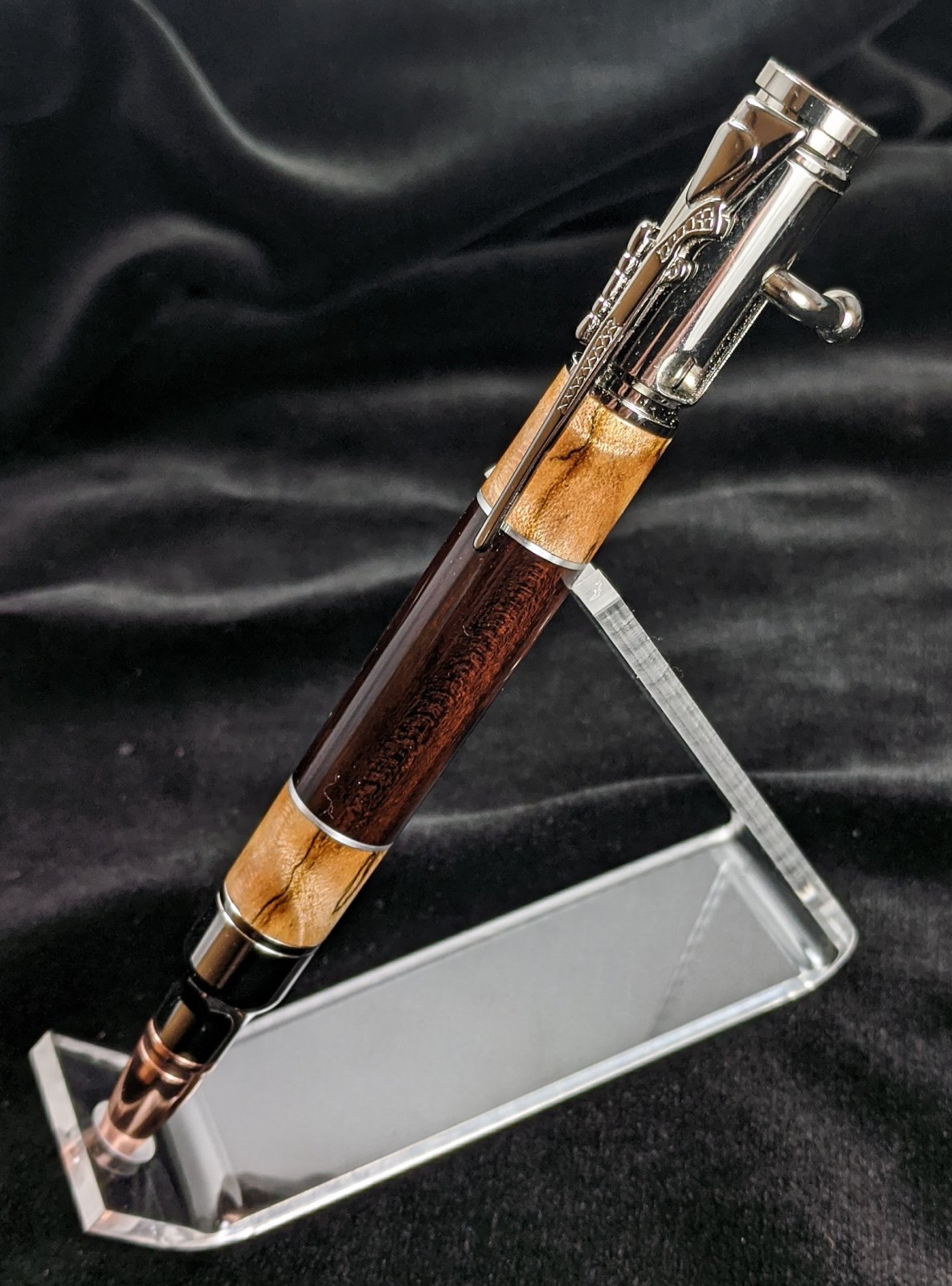 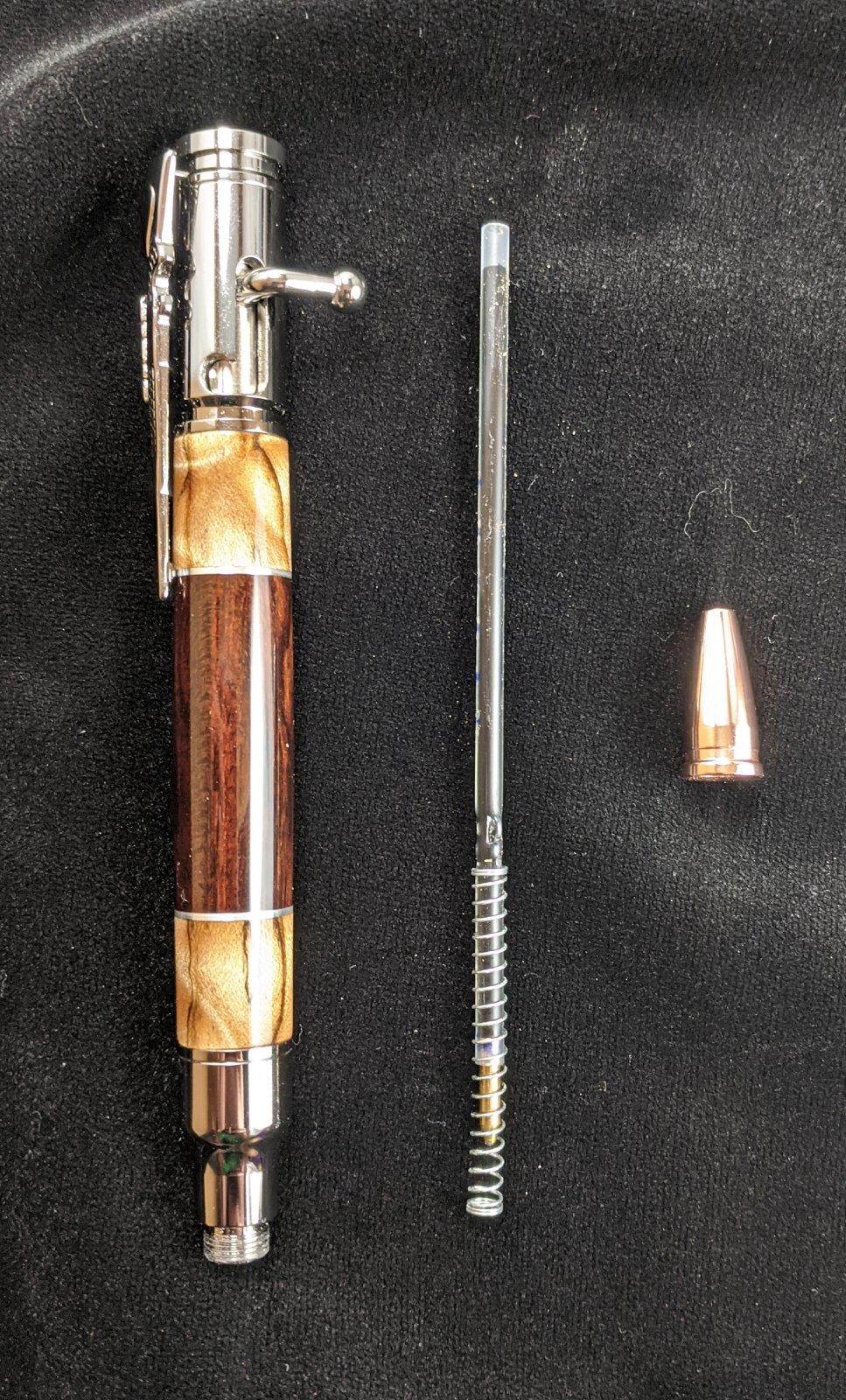 Thanks for showing this mod. . Good to know about this possibility.

I pulled the plastic refill from a cheap ballpoint (i think a bic clic stic), but it was too long, so I cut off some of the empty part off the back end as-needed to get the right length.