This is the "Major" kit available from Exotic Blanks, in the Black Titanium/Chrome plating. Uses the same tube and bushings as the Sierra kit. The center band and finial detailing is superb, as well as the design on the top of the finial. The relief is deep and clean on these accents. The clip is easily lifted to slide over a shirt pocket (unlike the Majestic Squire, which is impossibly stiff). The Swarovski crystal on the end of the clip is a classy addition.

The Chittum burl was finished with CA using a modified Fangar Method.

This kit is very reasonably priced, when considering the options in the Sierra variations. The kit is from Dayacom, and has top quality components. 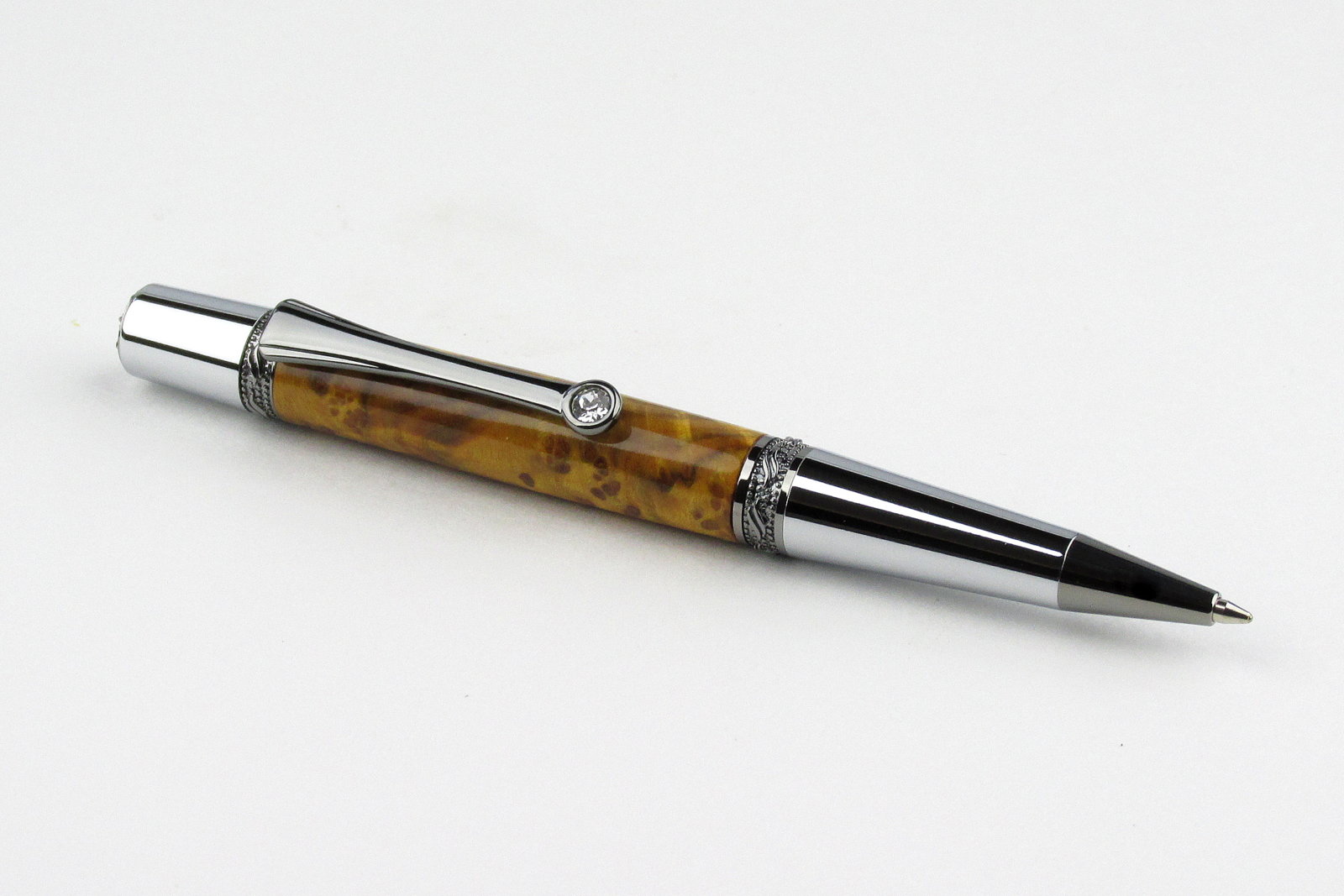 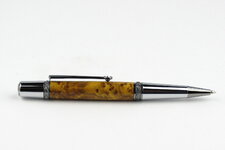 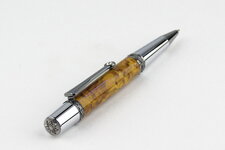 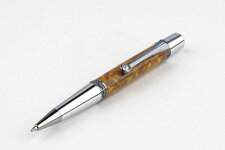 That’s a quality looking pen. The styling of the components, and the excellent blank topped off with your flawless fit and finish has produced a superb pen. Well done.

Now tell us about the Fangar method, please !!
M

This is what I found which appears to be the original Fangar method. http://www.woodturnersresource.com/extras/projects/pdf/fangar_finish.pdf

Thanks for your kind words! Regarding the "Fangar Method", the only change I made are using Viva paper towels instead of Costco, and using 4 coats of Medium CA instead of 2 coats of Thick CA ([presently using EZ Bond brand). Found using the Medium was easier to get a smooth coat than the Thick CA, which tended to leave bigger "ridges". I haven't been including the buffing wheel step, and use PlastX final polish instead of HUT, which I also have tried, but doesn't seem to polish as well.

I think the key part of this method is the sealing of the blank with the initial step of using thin CA with 400 grit sandpaper simultaneously to fill the pores and seal the wood, creating a slurry. Also using Myland's Sanding Sealer later in the process further fills any small pores, and creates a smooth base on which to put the CA coats. All micromesh sanding is done wet.

This method takes @ 30 minutes per blank. The Glu Boost guys will laugh!

Besides the link above from Madamo (Thanks!), search on this Forum for additional comments about the Fangar method, named after the user James Mann "Fangar" that documented it back @2006.
You must log in or register to reply here.
Previous Next
Share:
Facebook Twitter Reddit Pinterest Tumblr WhatsApp Email Link
Top Bottom