Recently completed this weekend: fountain pen in some blue cebloplast I got from someone on here, a bit of transparent acrylic, and Argentium silver. I wanted to make a fountain pen with a shut off valve to prevent ink from reaching the feed when not in use…so I did. To open the valve you unscrew the barrel finial a little bit to allow ink to flow to the feed. This is referred to as a “Japanese eyedropper “ mechanism as well. It’s handy if you are in a situation where your pen may get jostled around and throw ink into the cap, or if on an airplane where the pressure changes can cause the pen to leak. In either of those instances you can shut off the flow of ink, and then you don’t have to worry about leaks. It’s hard to describe the mechanics, so here’s a crude drawing of the inside of the barrel. There is a stepped down area, in which the end of the plunger rod seals agains to restrict the flow of ink. To allow ink to flow, you unscrew the barrel finial a bit. As you can see, there is a short length of the smaller diameter barrel, which you can allow to fill with ink, and then seal off. That way, you don’t have to write with the barrel finial unscrewed. It’s a somewhat obscure mechanism, which I always wanted to try making.

it uses a bock #6 nib, has double lead cap threads, all the usual stuff I do. 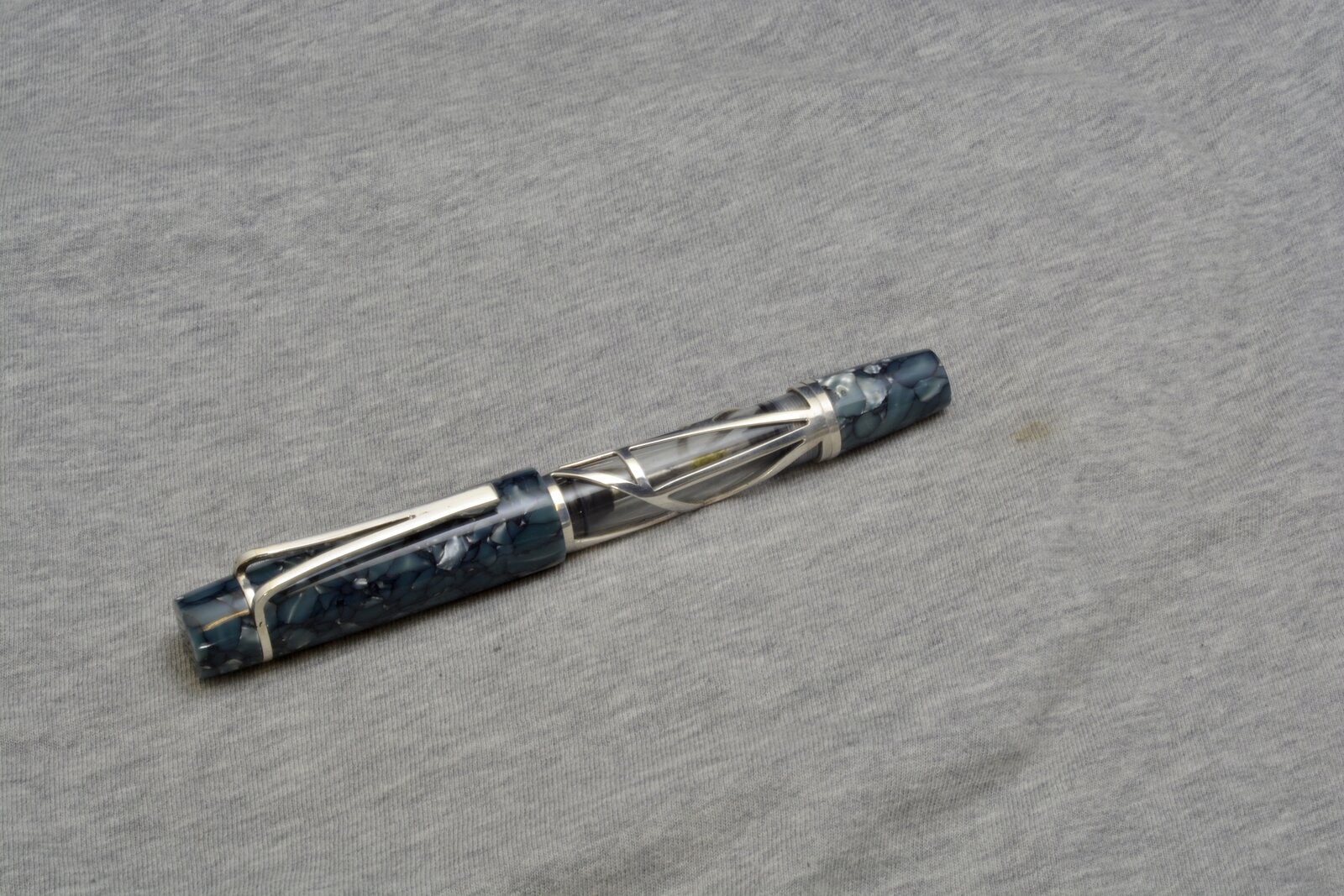 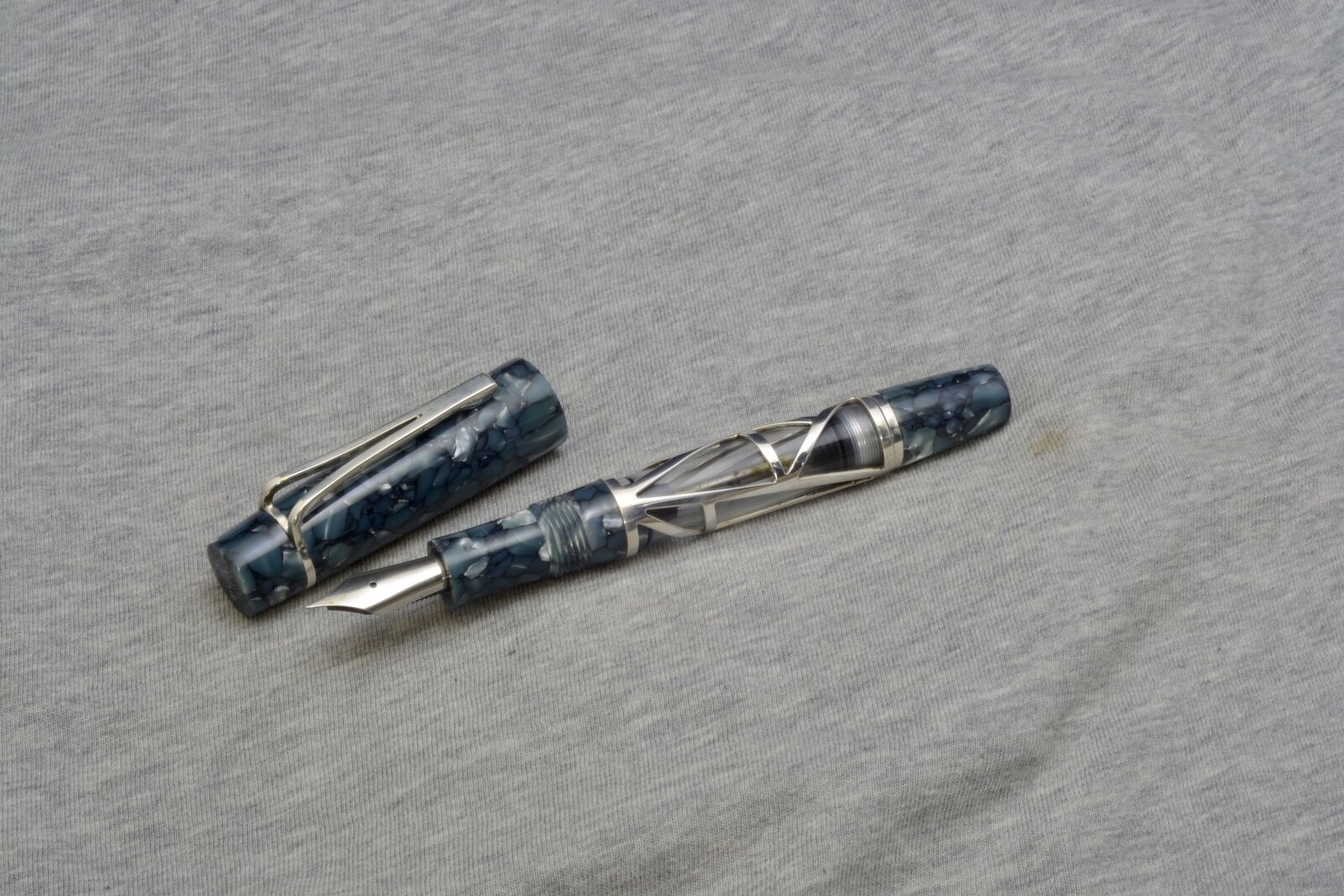 Fantastic John! I like the silver wrap around on the barrel. Love this material too.
I think you've outdone yourself with this one.
P

That's beautiful. is it an eyedropper fill?
T

Incredible craftsmanship. Thank you for sharing the design.

Penultimate said:
That's beautiful. is it an eyedropper fill?
Click to expand...

John, another amazing piece of work. Keep the inspiration coming.

That really turned out fantastic.
A

Wow Oh Wow !!!
Always had that Ink problem with the Parker my Daughter Gifted me.
And for someone to make a Solution for that and re-Produce it, can only be One Maestro !!!
Tremendous and Superb
Thanks for informing us, sharing and showing as well
ATB
TC
aRM

"...all the usual stuff I do..." So said Leonardo! Well, your 'usual' artistry is wonderful to see. I love the silver skeleton - you are the Master of this element - well done.

BTW, I appreciate you posting here. Well beyond my skills, but I sure like seeing what superb is.

Absolutely amazing! Thank you for Sharing

mark james said:
"...all the usual stuff I do..." So said Leonardo! Well, your 'usual' artistry is wonderful to see. I love the silver skeleton - you are the Master of this element - well done.

BTW, I appreciate you posting here. Well beyond my skills, but I sure like seeing what superb is.
Click to expand...