Yet another part of my custom order. Duraclick EDC pencil in antique bronze. Rootbeer acrylic segmented with copper and an ivy leaf and moss center.

This one was interesting as the request was to have actual ivy leaf and moss in the blank. Since I needed to cast this with the tube in I ended up doing the rootbeer and copper segments first and attaching them at opposite ends of the tube, and then wrapping the moss and ivy leaf pieces in the middle then casting with clear alumilite.

This was the first time I had seen an Alumilite cast fail...it was milky white. I am assuming this is because the moss and ivy leaf that I was told was dried was not dry enough. Still, it ended up with pretty cool effect but I am not sure that it is what I am looking for out of this pencil.

In any case, it came out pretty neat even if I do not end up using it as part of this order. There were some minor voids in the center which needed to be filled with CA so the entire pencil has a CA coating. Hopefully this will also keep the copper shiny. 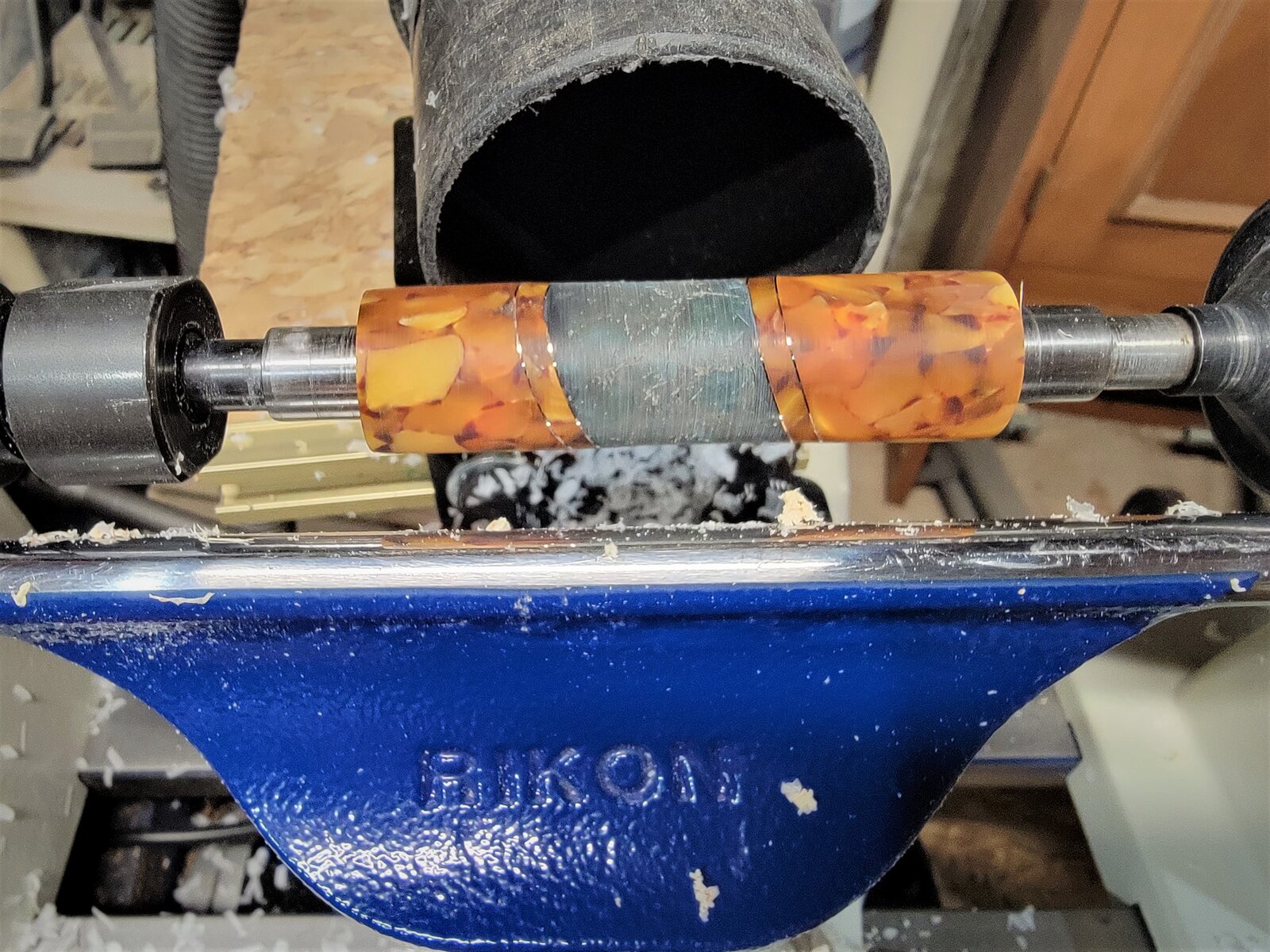 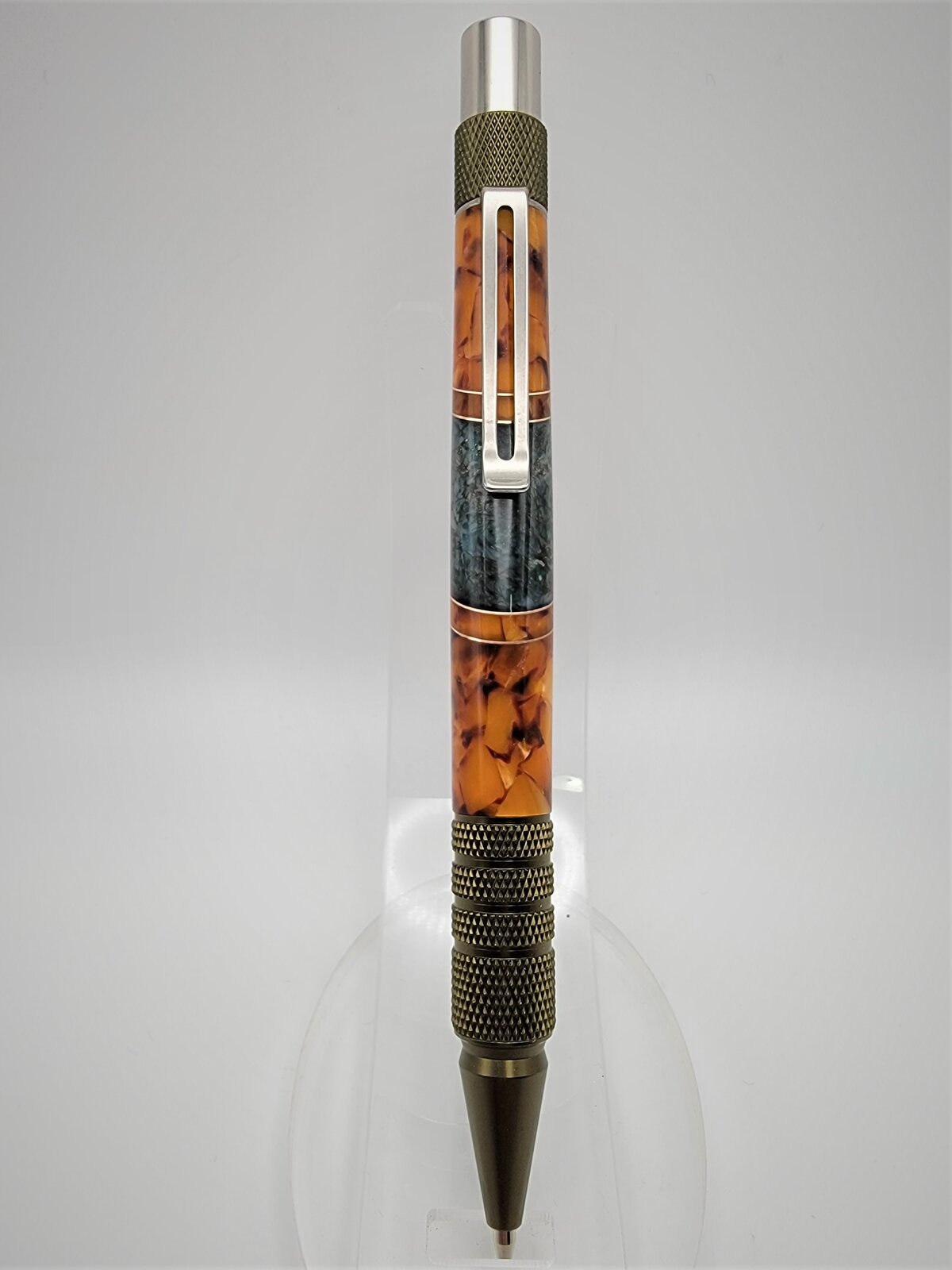 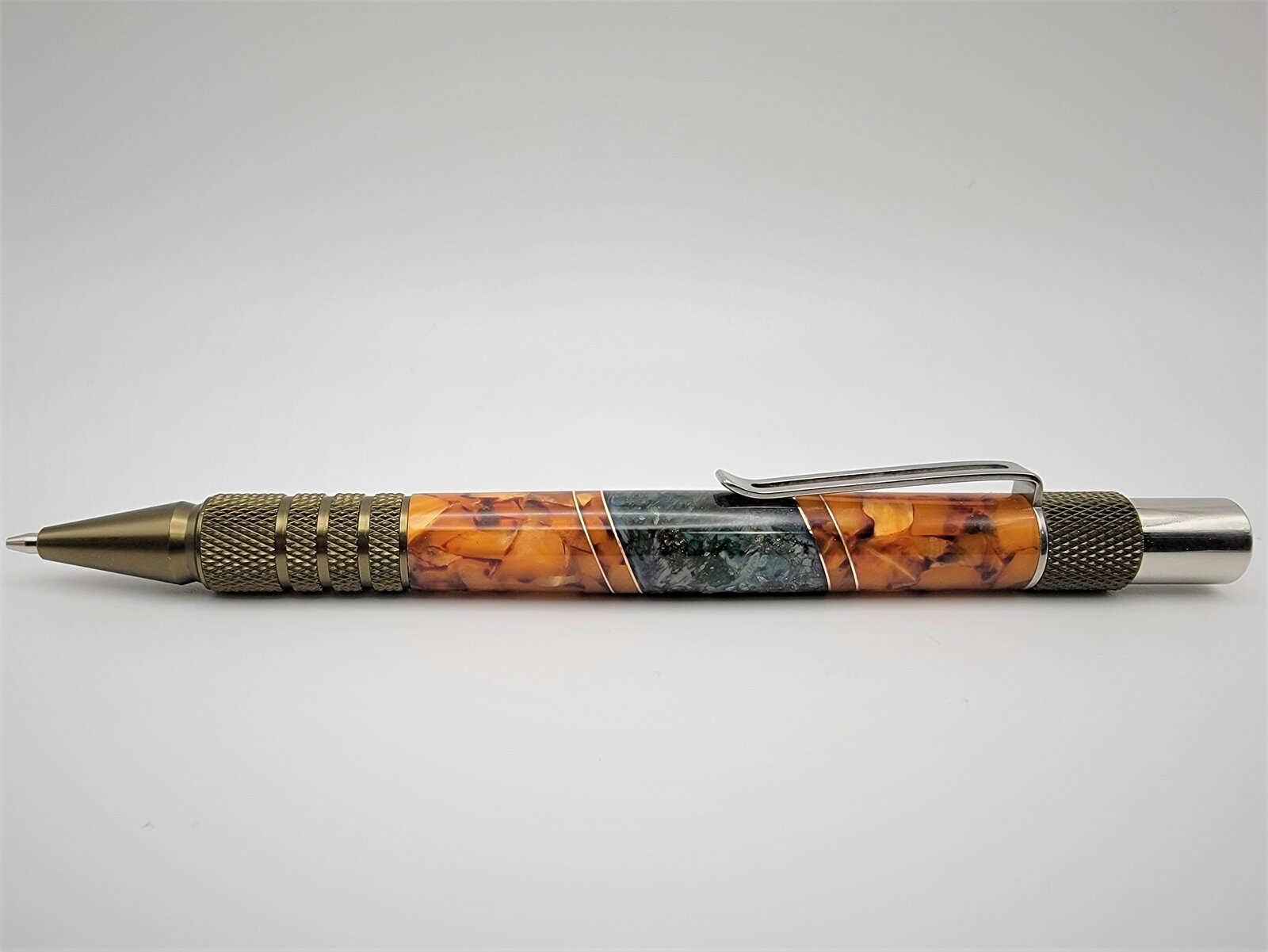 Beautiful! I would not have known there was any problem with that cast if you hadn't mentioned it and what was in it.

It looks beautiful. What did you use for the copper?
P